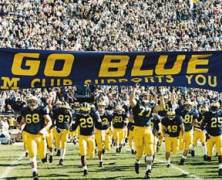 Dan Eldon – The Journey is the Destination

Dan Eldon (1970 – 1993) was born in London in 1970 to an American mother and a British father. He was an English photojournalist, artist, and activist. When he was 22, he and three colleagues were stoned to death by an angry mob in Mogadishu in an incident before the Battle of Mogadishu. He left […]

150 years of Thanksgiving, the proclamation by President Lincoln that started it all

In the middle of the Civil War, President Abraham Lincoln declared the first Thanksgiving. With this proclamation, Lincoln established the day as an annual holiday. The document below sets apart the last Thursday of November “as a day of Thanksgiving and Praise.” According to an April 1, 1864, letter from John Nicolay, one of President […] 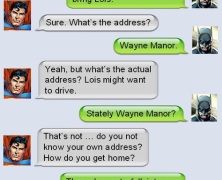 One of my favorite sites is a new website that replicates the cell phone activity of superheroes. While these masked men may seem pretty private, they still need some bros to kick it with on the weekend. And the best ways to communicate? Text messages, of course. The texts are created by internet comedian Diana McCallum and stand-up […] 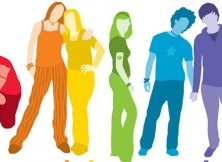 Originally posted on Ms.Cheng's Corner:
If you cruised around the Lesbians society in Cambodia, you would likely encounter constant mentioning of “LB”, “LG”,“TB”. These trends sort of just caught on, and nobody knows for sure about the words’ origins, or their definite usages. As a part of this community from 2011 follow through to 2012,…

Originally posted on ghostnapped:
Okay I know I blog about the dogs a lot, but you know you love it. They are a big part of our lives and my writing. I have missed my sweet boy Obi as has my Little Man Stitch. They were quite a pair. Anyway it is time to make… 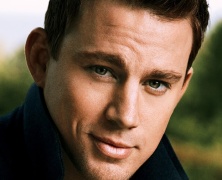 Channing Tatum spoofs Jean Claude Van Damme stunt. Have I mentioned how much I love this man?

Via Soundtracks and Trailer Music. I worked for Hans Zimmer for about 8 years, 5 of which were in a studio at Remote Control, his facility in Santa Monica. Since leaving Remote, many people have said to me, usually in a conspiratorial tone of voice, things like this: Hans doesn’t really write his own music. […]