During the Thanksgiving Holidays, I was over at my friend Harveen’s apartment where a group of my Michigan classmates came together. Sometime during Indian food, caipirhinhas, dutch apple pie and stories, my friends introduced me to Lip Sync Battle on Spike. Based on The Tonight Show segment with Jimmy Fallon, the competition features celebrities as they pretend […]

No matter the circumstances, “The Game” is always the most important matchup of the season to both Michigan and Ohio State. Going back to the rivals’ first meeting in 1897 (Michigan won 36-0), the Wolverines lead the series 58-43-6. Go Blue Wolverines! This is a good time to revisit Bo Schembechler’s 1983 “The Team” Speech. […] 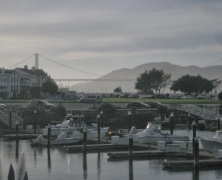 A Cold Morning in San Francisco

From a wonderful Thanksgiving with friends to a freezing morning in the Bay. Today I woke up to my pit bull Max snuggled and snoring under my covers and my tabby cat Zoe purring by my head. We were all terribly cold, but trying to keep each other warm. I know, the rest of the […]

“Thanksgiving dinners take 18 hours to prepare. They are consumed in 12 minutes. Halftimes take 12 minutes. This is not coincidence.” — Erma Bombeck 394 years of Thanksgiving. Because of the combination of tradition and invention, Thanksgiving appeals to the past and to the future. The holiday celebrates ancestor worship and its acceptance of diversity. […]

A Perspective on Thanksgiving 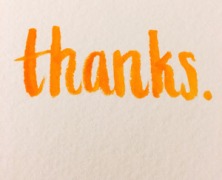 Originally posted on Zoë Lance.:
? Thanksgiving is one of my favorite holidays. Despite the history and commercialization (which are complete downers I’m not going to talk about tonight), I think Thanksgiving is a moment that Americans need and need to share. Beyond the food, the thing I love about Thanksgiving is that it’s an opportunity… 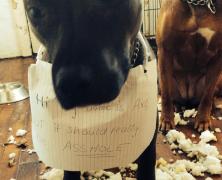 For The Love Of Dog!

Originally posted on The Survival Guides:
Once you get the home, now what? You buy a dog of’course. Cat people go away, because this blog is about dogs! So after I moved in, exactly a month later, I was like ”Okay, I want to get a dog now!”. Figured it was the right move, because…

Originally posted on malonzo58:
Hey all! so im laying in bed and its a family cuddle with my babes….? ?….my fiance, and my two babies. Were watching pitbulls and parolees and it just always gets me angry to think of someone mistreating this breed. My dogs are like my kids , they’re my babies and…