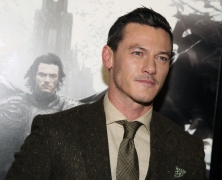 Luke Evans Has Been Out for Years, But He’s Finally Stopped Hiding

All It Took: 10 Years of Marriage Equality

Under the San Francisco city hall rotunda last night, I watched two guys I consider mentors and father-figures get married. The couple met a decade ago and took their relationship from friendship to boyfriends and boyfriends to fiances only recently. All it took to conduct the ceremony was a rabbi, four wooden sticks and a […]

According to the United States Department of Agriculture (USDA), 15.8 million children under 18 in the United States live in households where they are unable to consistently access enough nutritious food necessary for a healthy life. That is approximately 5% of the total population. Why post about one actress and her speech on childhood poverty. […] 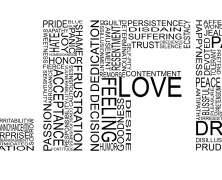 Words to Live By

The words you say will teach, if you practice what you preach. “Live for the story—not the conclusion.” Never give up. Great things take time.

The Power of Music

A thought has been going through my head recently. It has been around the power of music. They say scent is one of the most powerful senses. For me hearing trumps all. I hear a song such as Kylie Minogue’s “All The Lovers” and I am taken back to AIDS LifeCycle 2011. Or when I […]

Careful, he might be you: Michael Burge’s first Australian hero

Originally posted on lgbticons:
With his intriguing, genderless, triple-barrelled name, novelist, playwright and screenwriter Sumner Locke Elliott (1917-1991) remained almost unknown in the country of his birth for much of his life, because he left it early and rarely returned. Australian writer Sumner Locke Elliott (1917-1991). I am sure many Australians still have never heard of the…

Pride – The Unlikely Union between Miners and LGBT Activists

Coal miners and gay activists. I saw Pride – a wonderful film – about these two marginalized communities joining forces. The movie follows the LGBTers who help miners during the lengthy strike of the National Union of Mineworkers in the summer of 1984. The miners, while slow to accept this strange alliance, ended up becoming a powerful force […] 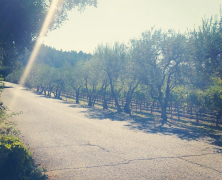 An Afternoon on the Vineyard at Olivia Brion

Today my friends and I spent the afternoon taking private wine tours and tastings in Napa. It was an incredible day of laughing, eating, and drinking. One winery that stood out was Olivia Brion. The winemaker David – a man with 34 years of winemaking experience – taught us so much about what goes on […]

The work week was intense. Nothing could be better than a calm morning in San Francisco’s loft district SOMA with my dog Max and an iced coffee. I am ready for some Billy Joel. Why BJ? I love sports and I love stats so let’s run the numbers. Billy Joel achieved 33 Top 40 hits […]

Let there be Sex and the City 3

Originally posted on the CITIZENS of FASHION:
Carrie, Samantha, Charlotte and Miranda in a new “Sex and the City” movie? It looks like the girls are back. The rumors about a possible third film with the four inseparable friends are insistent especially after two of the protagonists, Sarah Jessica Parker and Kristin Davis, have talked about…