Home » Travel » World Cup Day 3: Becoming a Fan for Life at the Mexico vs. Croatia Match

World Cup Day 3: Becoming a Fan for Life at the Mexico vs. Croatia Match 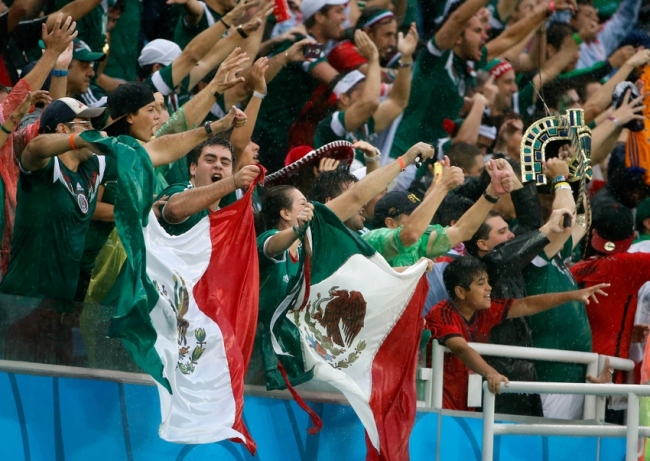 3 fist fights, 1 red card, and a fireworks show later the Mexico vs. Croatia game was over. But I start at the end, let’s go back to the beginning.

Day 3 for us at the World Cup was phenomenal. Our group expanded to 12 including Croatian and Mexican fans we picked up in the morning. Once at the stadium, we had two hours to wait until it opened and rain showers drenched us.

We got our faces painted in the Mexican flag, ate empanadas with coconut and cheese, and danced for free apparel. The game started and it looked like it was going to be a match of 0 – 0 until Mexico three times scored against Croatia in a period of 10 minutes. It was pretty incredible.

Then the fights broke out in the stands, the red card was pulled on the field, and fireworks (both official and unofficial) went off outside.

There is something breathtaking about soccer. I am a fan for life.