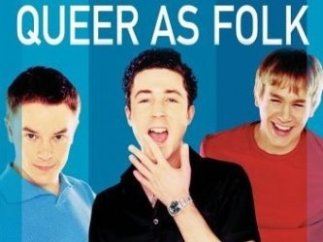 Nothing beats the original.

In 1999, a phenomenon hit the UK. “Queer as Folk” premiered on Channel 4 and British television was never the same. The series followed three gay men – Nathan, Stuart, and Vince – and took the viewer on a journey on these men’s intertwined relationships.

The show was attacked by critics for reinforcing gay stereotypes and the LGBT community felt exploited. The reality is that gay, lesbian, bisexual, and transgender (LGBT) television history can be divided in terms of pre/post-Queer as Folk such was its impact on programming. The more nuanced and diverse LGBT programming that we’re seeing today would not have been possible if it weren’t for Queer as Folk UK.

I end today’s blog post on one of my favorite quotes from “Queer as Folk” UK. It is the words of advice the two older gays, Stuart and Vince, impart upon the young protege, Nathan. They are talking about Canal Street, the gay street in Manchester and the LGBT scene.

“And just you look after it, this stupid little street. It’s the center of the world. Cause on a street like this, every single night, anyone can meet anyone. And every single night, someone meets someone. It’s all yours now, all of them, all the poofs and all the dykes and all the people in between. And this lot, they’ll shag ya, they’ll rob ya, some of them might even love ya. They’ll all forget you in the end. Just stick with your friends, you’ll be fine.”

Like Loading...
← Game of Thrones: NFL Style Why Twilight Sucks: A Comprehensive Analysis By A Writer Who Actually Read It →