The Seven Words You Can’t Say

Posted by Daily Post from Bluxome Street on March 10, 2015 in Pop Culture | 4 Comments 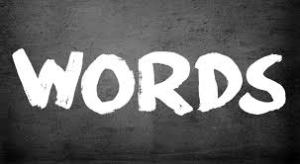 In 1972, George Carlin named seven words that you cannot say on television. These words were a mix of sexual and profanity. They also led to Carlin to being arrested for disturbing the peace.

I have five words to add to this list.

Really if you lose the concept of should, it feels pretty liberating. And if you remove the idea of can’t it is incredibly amazing.

Also, I came across this list of personal growth pitfalls and enjoyed them. I also recommend checking it out.