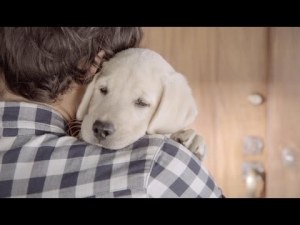 The Budweiser Ultimate ‘Beer Buddy’ commercial is an example how capitalism, corporate responsibility, and social good can all come together.

The ad, titled “Friends Are Waiting,” highlights the friendship a man shares with his dog. Things take a twist, however, when one night the dog’s owner fails to return home after a night of drinking with his friends. The ad shows the dog anxiously waiting for his master’s return throughout the night.

“For some, the waiting never ended,” a title slide then says. “But we can change that.”

Moments later, the owner return home to the dog’s excitement.

The Budweiser spot concludes advising viewers to “make a plan to make it home” because “your friends are counting on you.”

Like Loading...
← The beginning of the end of life… Required Reading: “7 Strange Questions That Help You Find Your Life Purpose” →