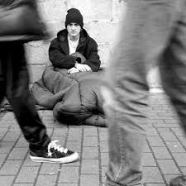 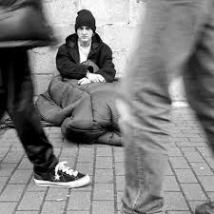 South Carolina’s capital city has approved a plan to rid its downtown of the homeless people officials fear might prevent Columbia from becoming a regional economic hot spot, the New York Times reports. Under a policy the National Law Center on Homelessness and Poverty calls an “extreme, highly disturbing example” of targeting the homeless, they will be offered three options: Go to the city’s riverfront shelter (which will eventually be moved further from downtown; one councilman suggested a location 15 miles away), get out of town altogether, or go to jail.

The State notes that, per the plan, more police will patrol a 36-block area in the business district as well as the main access road to the shelter, and could make arrests under public nuisance laws that touch on things like loitering and trespassing; residents will also have access to a new hotline they could call if they spot a homeless person downtown.

Homelessness in the county has surged 43% over the last couple of years, and could “erode the entire foundation of what we’re trying to build in this city,” says the councilman who authored the eviction plan. But critics — including a homeless man who spoke at the lengthy council meeting where the plan was approved — say all policies like Columbia’s do is shift the problem. Atlantic Cities sees another problem: The waterfront shelter holds just 240 beds, for an estimated homeless population of 1,500.

Read about another eyebrow-raising plan involving the homeless, this time in NYC, on Newser, a USA TODAY content partner providing general news, commentary and coverage from around the Web. Its content is produced independently of USA TODAY.