Home » LGBT » Living in Two Worlds: Falling in Love When You Are Transgendered 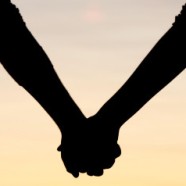 Living in Two Worlds: Falling in Love When You Are Transgendered

I am submitting this piece because sometimes the voices we need to hear most are the ones we don’t often have the opportunity to hear.

My dear friend Wes is one of my favourite humans, not to mention a wicked community developer who romantically moonlights as a pretty hip barber. His life has taken him on a journey that most will not literally experience. I think it’s safe to say although many of our lives undergo transitions and challenges none is comparable to that of someone who is transgender.

His most loving fiancée, a cis-gendered female is also an incredible delight and an amazing person. On the outside, most would relate to them as a typically hip and successful heterosexual, young adult couple. On the inside, they are tenacious beautiful humans in a loving, happy and healthy relationship that love, support and struggle throughout, just like the rest of us.

I wanted to share their words with you, below, as some stories just have to be told.

I am a man who was born a woman, and I began my transition to male about four years ago.

I’m marrying a woman who was born a woman, in three weeks.

Marriage is a curious thing, especially a straight-looking marriage like ours. We are not straight, I am not straight.

I love both men and women, the sex, their bodies, the way that many varieties of people can evoke such an intense double-take in me that I need regular chiropractic adjustments.

There is a troubling thing that happens when we look at two people in a relationship, we assume that a person’s current partner is indicative of the whole of their sexual orientation.

In the four years I have been with my partner, in our “straight” relationship, I can undoubtedly say that we have doubled each other’s queer-factor. We have come to understand how intensely we love each other and through that understanding, we’ve created a space safe enough to examine where our attractions lie, and how we feel about our own bodies, especially in how we use them.

About three-quarters of the guests attending our wedding are some flavour of queer; and, if they’re not, they get honorary queer credentials, because they’re just that rad. The other quarter consists of a few relatives from small towns, some of whom are third- generation farmers. Most of that remaining quarter of people, aren’t aware of my trans identity, our queer identities, or the glorious gong show they’ll be walking in to on September first, and I love that. To say that our wedding will be a beautiful social experiment, is an understatement.

It has taken longer than it should to appreciate that we are more than one thing. More specifically, it has taken me 27 years to figure out just how many things I am. I am a man who was socialized as female for 23 years; I am attracted to all sorts of humans, and I have kept the revolving doors of countless closets well oiled, coming out several times.

It has taken longer than it should to appreciate that the love my partner and I share exists in two worlds. I love that I can throw on the butchiest flannel shirt I own and spend the day pounding beers with my father-in-law on the farm, while my partner looks on adoringly. I love that later that same day, I can throw on the tightest jeans I own and dance until 3:00 am with sweaty queers until I am drunk on Pabst and lust for my community. I love that I have a partner who doesn’t expect me to be anything other than the flamboyant gay boy that I am, and that none of those parts of my identity make me any less man or husband to her.

In three weeks, our two worlds are going to collide in a flurry of gay bar-meets-blue collar nuptials, and I am giddy about the awkward prospect of the day.

In three weeks, I’m getting’ straight-married y’all… the joke is on you.