Home » LGBT » Crazy Days According to “Queer as Folk”

Crazy Days According to “Queer as Folk” 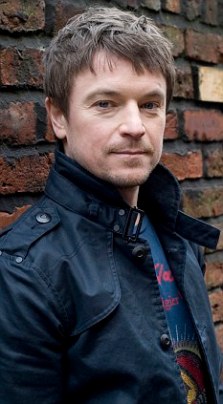 It was an insane day at work today. The kind that makes you guzzle a root beer float, eat some Mac ‘N Cheese, and pop in your favorite British TV series.

Which got me thinking… Who said it best about crazy situations and bad days?! “Queer as Folk” UK did. Below is how Vince Tyler thought those days unraveled. Hope everyone has drinking plans after. I know I do. = )

“Vince Tyler: Sometimes, you get a good Thursday, sometimes a bog-standard Thursday, sometimes you get a shit Thursday. This Thursday was mental. Thursday night in Babylon used to be ’70s night but they changed it. Thursday night is ’90s night,which makes you feel ancient. Thanks very much. l spent all night chasing after some bloke who turns out to be mad. Like, really mad. He had every episode of Juliet Bravo on tape.”