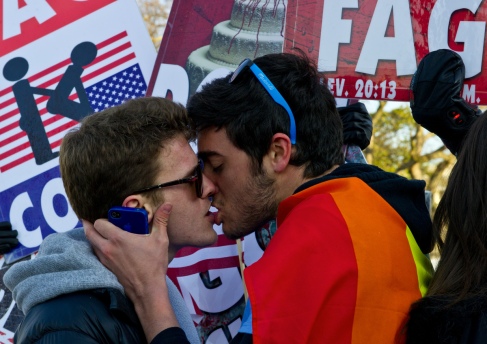 Rhode Island passes gay marriage law and becomes the final state in New England and the 10th state in the US to legalize gay marriage.

Including an excerpt from Lincoln Chafee, Governor of Rhode Island’s Op. Ed. in the New York Times on why he is signing the bill into law.

“When I sign the Marriage Equality Act into law, I will be thinking of the Rhode Islanders who have fought for decades simply to be able to marry the person they love. I will be thinking of how Rhode Island is upholding its legacy as a place founded on the principles of tolerance and diversity. But I will also be thinking, as all governors must, about the economy. With marriage equality becoming law tomorrow night in Rhode Island, we are sending a clear message that we are open for business, and that all are welcome. I hope that leaders in capitals across the country — including Washington — will soon realize that marriage equality is an issue where doing the right thing and the smart thing are one and the same.”