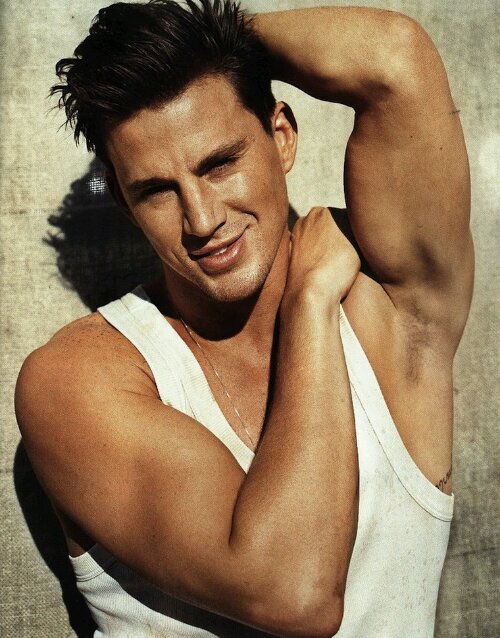 He was voted as the sexiest man alive in 2012 from People magazine and recently has become father of a beautiful daughter. However, there are many, who argue that Channing Tatum is not only handsome, but also a very good actor. Right now he is one of the most popular actors both in dramatic roles, actions and comedies.

He was born on 26th of April, 1980. He began his career as a model in campaigns for Abercrombie & Fitch, Nautica, Dolce & Gabbana, American Eagle Outfitters and Emporio Armani and participated in TV commercials of popular companies, such as Pepsi.

Channing participated in the TV series CSI: Miami in 2004, but became absolutely well-known with his role in Step Up. At the shooting of the movie he met and fell in love with his colleague actress Jenna Dewan. They married in 2009 in California.

At a reporter’s question about the most romantic thing he has done for a woman, he stated: “I hate this question. It’s difficult to answer it without feeling even a little bit fool. However, at our first meeting, Jenna told me that Hawaii is her favorite destination. So, for her birthday I told her we were going out for dinner, I packed a suitcase, we went to the airport and left for Hawaii. We had a fabulous holiday, as if we had escaped from the world”.

In his interview for the Sun, Tatum confessed he would be glad to have sex with… George Clooney.

Although he is married, Channing becomes more and more desirable for all women and his career follows a upward course with his most popular movies: “Dear John”, “Magic Mike”, “The Vow”, “21 Jump Street”, etc.

On May, 30, 2013 the young couple’s first daughter was born in London, where the actor is shooting his new movie, “Jupiter Ascending”.