Home » Travel » Around The World in 1 Week: Arriving Frankfurt 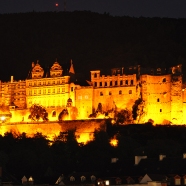 Around The World in 1 Week: Arriving Frankfurt

Posted by Daily Post from Bluxome Street on March 29, 2015 in Travel | 2 Comments 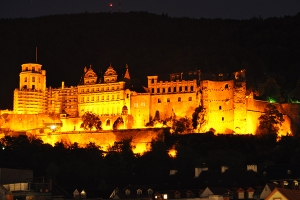 After 11 hours, my coworker – Zoya – and I arrived in Frankfurt. We were a bit bleary eyed and certainly tired. But it was a fantastic journey.

I spent most of the flight reading Hemingway’s “The Sun Also Rises” and learning about the Lost Generation.

Frankfurt was first mentioned in text in 794. The original settlement can be found near the cathedral. The settlement grew into a Roman town and the town into a medieval city.

Upon arriving, we wandered the terminal looking for our driver. I was a bit out of it, but happy to be back in Germany just a few months after my previous trip.

Now we head to Heidelburg for meetings, Bavarian pretzels and a stein of beer. I am looking forward to seeing the castle in Heidelburg.