Home » Life » Eulogy for a Father

Eulogy for a Father 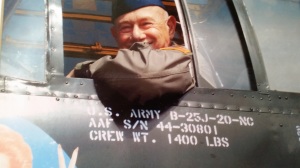 The death of one’s parent is a humbling experience.

Colonel William Goldsmith, M.D. raised hell for 7 decades. He loved martinis, cigars, dogs and classic films. A native of Los Angeles and graduate of UCLA and USC, he served in the Army and Air Force across global conflicts spanning 4 decades.

To me, his greatest gifts were a love of literature, culture and dogs. Through my father, I have come to know worlds in books, films, countries and cultures I never would’ve seen. For that I will be eternally grateful.