nick on a shoestring

The Marble mountains are halfway between Hoi An and Da Nang. We got there with public transport, or the “yellow bus”. It was not the easiest thing though as the ticket officers in the bus wanted to rip us off. While locals pay 18.000d for transfer to Hoi An, they were asking for 50.000d and many people in the bus were pretending to pay 50k as they everyone is part of the scam. We were forced to get out of the bus but we didn’t move at all. Finally we made it to the Marble mountains and they got our money -without even counting- just one stop before.

Discovering secret pathways around the mountains.

We got “wet” until we get to the top but the view paid it off. 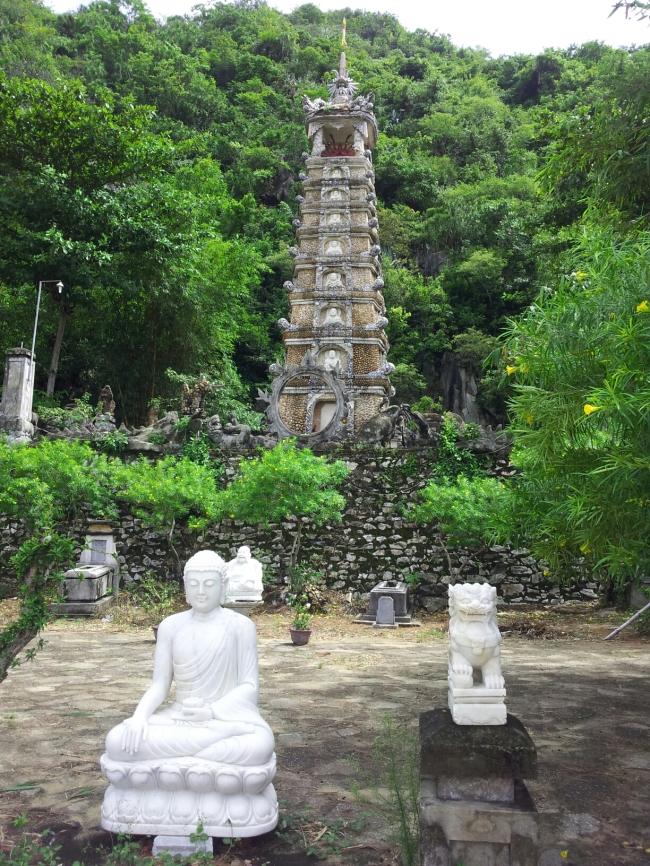 Nice pagodas made by the local monks.

And the place we…