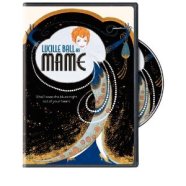 Bea Arthur and Lucille Ball’s duet on “Bosom Buddies” from the film version of “Mame.” Legendary comic actress Bea Arthur told it like it was – on stage and off. Her ‘pull no punches’ approach can be summed up from her scene in the film:  Mame and the duet with Lucille Ball.