Home » Television » The Final Season of Skins “Time Changes Everyone” 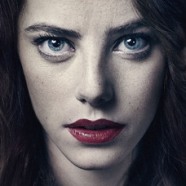 The Final Season of Skins “Time Changes Everyone”

Last Friday we got our first look at a batch of new promo images for the forthcoming 7th and final season of the UK series Skins. Today the official trailer for the final season of “Skins” has been released.

The teen drama will air three new episodes – Skins Rise, Skins Fire and Skins Pure – which are expected to wrap up the series.

Each two part story centers on the characters now in their early twenties, the party’s over and they’re starting out as young adults, struggling to find a direction and a focus in unforgiving times.

“Skins Rise” will show Generation 2 bad boy Cook (Jack O’Connell), who is now working as a drug dealer in Manchester. In his episode, he will be forced to confront his violent past.

What’s Next For Effy, Cook, and Cassie?