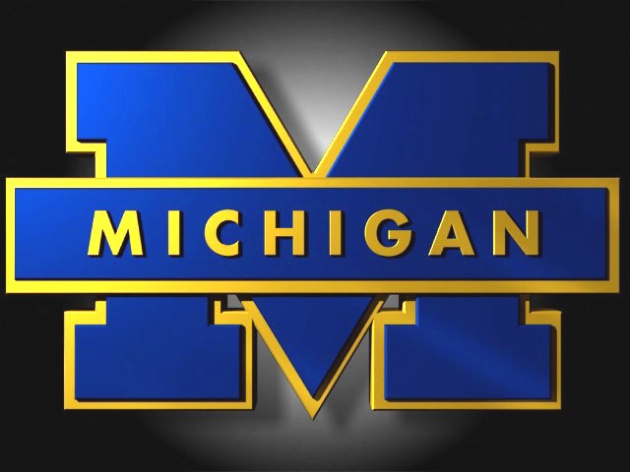 via University of Michigan Official News.

President Mary Sue Coleman, whose leadership of the university has expanded the institution’s commitment to both academic collaborations and economic development, will retire in July 2014.

Coleman said Thursday she would conclude her tenure as U-M’s 13th president when her current contract expires. She made the announcement at the monthly meeting of the Board of Regents, which will undertake the search for a new president.

“Leading the University of Michigan is the most challenging and rewarding work of my career. It is a tremendous privilege and one that continually energizes me. I have often said I have the best job in higher education, and I look forward to continuing to work with faculty, students, staff and alumni in the upcoming year,” Coleman said.

“The University of Michigan deserves the best in a leader, and I want to give the Board of Regents ample time to select the next president.”

Board Vice Chair Andrea Fischer Newman said regents would spend the next few months finalizing details of the search process. Board Chair Larry Deitch was traveling and unable to attend the meeting. Newman said she anticipates a formal search will begin this summer.

“Hiring a president is the most critical job of the board, and we will seek an exceptional candidate to lead the university into its third century,” Newman said. U-M will mark its bicentennial in 2017.

Appointed in 2002, Coleman is the fourth-longest-serving president in U-M’s history. James B. Angell served 38 years, followed by Alexander G. Ruthven at 22 and Harlan H. Hatcher at 16.

“Mary Sue Coleman has been an extraordinary leader of an extraordinary university. The board is profoundly grateful for her service and we anticipate working closely with her on an orderly leadership transition,” Newman said.

Coleman said she and her husband, Kenneth, have purchased a home in Ann Arbor and will divide their time between Michigan and Colorado, where their son and his family live in Denver.

“We have always lived in college towns and there’s really no place like Ann Arbor. We did not think twice about where we wanted to call home after the presidency,” she said.

Coleman, 69, said she intends to remain active by committing time to advocating at the national level for higher education and scientific research support and diversity. She also will serve on the Advisory Committee to the Director of the National Institutes of Health and on the Board of Directors for Society for Science and the Public.

Coleman will enter her final year as president leading an institution ranked 12th globally and with the nation’s largest research budget for a public university.

The first woman to lead U-M, Coleman was named president as the state of Michigan entered one of its worst economic downturns in history. With the auto industry addressing massive layoffs and plant closings, Coleman championed the importance and value of the university’s role in transforming the state’s economy from one rooted in manufacturing to a market robust in advanced technology, health sciences and alternative energy.

“Our impact must be broad, because the future of American competitiveness depends vitally on transforming the Midwest,” she told the campus community in 2007, as she prepared to undertake her second five-year term as president. “That means being a university that helps shape a strong Michigan economy, provides the best health care possible to citizens, offers exceptional regional campuses, and works with the K-12 system to increase the number of college-educated citizens — students who will be tomorrow’s decision-makers.”

Coleman has been equally ardent about expanding the interdisciplinary teaching and research that is a hallmark of the university’s academic excellence. She brought the Life Sciences Institute to fruition, including the hiring of its first director and 25 faculty members, and launched a successful campaign to hire 100 junior faculty members who specifically engage in scholarship that crosses academic boundaries.

Coleman’s presidency also has been marked by an unflagging commitment to deepening the diversity of the student body, and ensuring that more African Americans, Hispanic Americans, Native Americans, and lower-income students receive what President Angell called “an uncommon education for the common man.”

Coleman’s dedication took her and the university to the U.S. Supreme Court in 2003, when justices upheld the use of affirmative action in U-M admissions. While state voters outlawed affirmative action in 2006, Coleman remained steadfast in seeing that the university did everything possible to enroll students of different backgrounds and ethnicities.

“I always want it known that we are a university that is welcoming, nurturing, and inspiring to all our faculty, staff and students. That means we absolutely must widen our doors so that individuals from all backgrounds can take advantage of what we have to offer. A great public university can do nothing less,” she told U-M faculty in 2005.

Coleman also was a strong advocate of broadening access to the university’s library system, brokering a historic partnership with Google to digitize more than 7 million holdings in the campus collections.

In 2009 the university purchased a 173-acre parcel of 30 buildings that formerly housed the R&D operations of Pfizer Inc. on the north side of Ann Arbor. Coleman called the purchase a “once-in-a-lifetime opportunity” to extend U-M’s research enterprise; today the North Campus Research Complex houses more than 2,000 people.

Earlier this month, she helped break ground for a new School of Nursing building. And hours before announcing her retirement, Coleman shared the news of a historic $110 million gift that will lead to a new graduate student housing complex on Central Campus.

The university’s intellectual and physical growth has been driven in part by an historic level of private support. Coleman led the Michigan Difference campaign that raised more than $3 billion, a record for philanthropy at U-M.

Coleman’s legacy as president also includes a passport of international visits dedicated to extending learning and research opportunities for students and faculty, as well as strengthening ties with alumni throughout the world. As U-M president, she met with higher education leaders in China, Ghana, South Africa, the United Arab Emirates, Israel and Brazil. She is planning to lead a faculty delegation to several cities in India this November.

A biochemist, Coleman came to U-M from the University of Iowa, where she served as president for seven years. Her tenure in Ann Arbor has been the pinnacle of a career committed to public higher education, including leadership positions at the University of New Mexico, University of North Carolina and University of Kentucky, where for 20 years she directed a cancer research center.

She earned a bachelor’s degree in chemistry from Iowa’s Grinnell College and a doctorate in biochemistry from the University of North Carolina. She is a fellow of the American Association for the Advancement of Science and of the American Academy of Arts and Sciences, and a member of the Institute of Medicine.

Like Loading...
← New Zealand Becomes 13th Nation To Legalize Gay Marriage Meet the Real Most Interesting Man in the World →