We have reached an athletic tipping point of sorts. An MIT baseball player and a former PENN State football captain recently both came out.

It is just a matter of time. Some are predicting in this post-baseball, post-football season that a professional athlete will come out.

I never thought I would experience, see or enjoy this moment in my queer lifetime. Not to use a well-worn gay metaphor, but it is literally like Dorothy landing in Oz and the world turning from sepia to all color.

In the spirit of this transformation, I think Milk really phrased it best: “You must come out… But once and for all, break down the myths, destroy the lies and distortions. For your sake. For their sake.” And to MIT Junior Sean Karson and former PENN State football captain Brian Sims thank you. 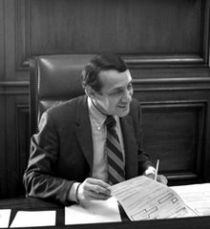 “Gay brothers and sisters,… You must come out. Come out… to your parents… I know that it is hard and will hurt them but think about how they will hurt you in the voting booth! Come out to your relatives… come out to your friends… if indeed they are your friends. Come out to your neighbors… to your fellow workers… to the people who work where you eat and shop… come out only to the people you know, and who know you. Not to anyone else. But once and for all, break down the myths, destroy the lies and distortions. For your sake. For their sake. For the sake of the youngsters who are becoming scared by the votes from Dade to Eugene.” – Harvey Milk

Like Loading...
← I’m feeling petulant… Fasten your seatbelts, it’s going to be a bumpy night. My Valentine’s Day Celebrity Crush →